At one of the Westernmost points of the United States stands a historical California lighthouse. For hundreds of years the towering lighthouse has assisted ships navigating the Mendocino County coastline. Now it's threatened by sea caves being carved underneath by the Northern Pacific Ocean.

On one of the best whale watching spots on the North Coast stands Point Arena Lighthouse and fog signal building. The current 115' tower was built in 1908, just 18-months after the first lighthouse toppled in the San Francisco earthquake of 1908 after standing strong for 38 years.

The first lighthouse built in 1870

The non-profit Point Arena Lighthouse Keepers, Inc. maintains and preserves today's Point Arena’s Lighthouse peninsula. They have a growing concern about sea caves deteriorating the shore of the peninsula. But without accurate measurements and photographs, it’s only a guess how much erosion is occuring.

Understanding the need to give back, Earth Mappers and Pix4D had an idea. To use drones for the first time to map the 23-acre peninsula.

With permission from the lighthouse’s board of directors and executive director, Mark Hancock, they set out to map the peninsula using data from a drone.

"When Earth Mappers approached us about the idea, we were on board immediately. We hope to use this data to contrast it against previous surveys of the peninsula. Using the drones will also finally give us a look into the sea caves under the lighthouse," said Hancock. 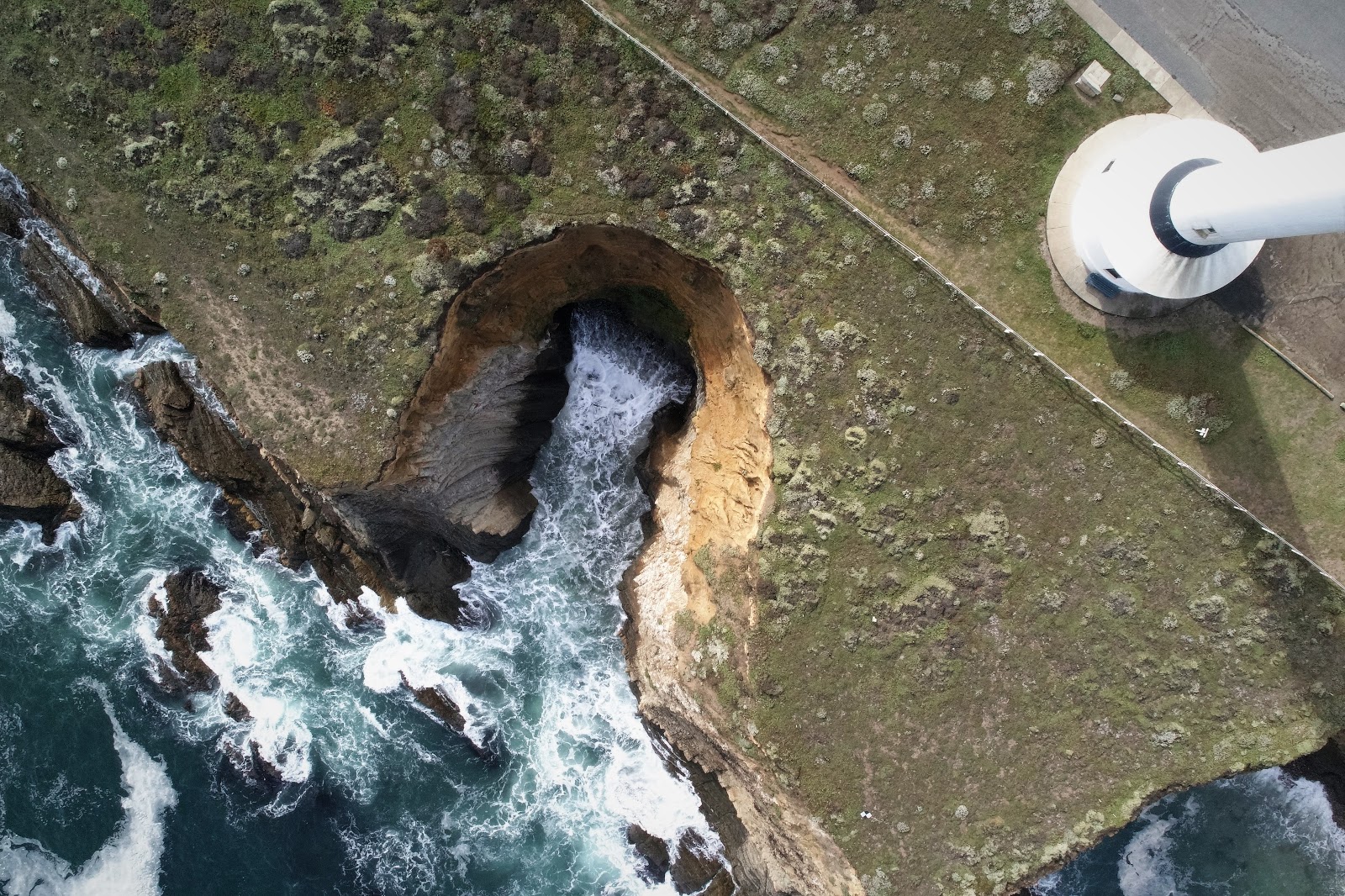 The mapping project idea was lead by Jeff Farr, CEO and Chief Pilot of Earth Mappers.

"This mapping project is exactly the service Earth Mappers provides. We're excited to partner with the post-processing power of Pix4D. To help preserve a coastal, historical monument? It was a no-brainer - we wanted to help," said Farr.

The team carefully crafted flight plans for the drones to fly over the peninsula in a cross-grid pattern at different altitudes. Then shifted to the more dangerous sea cliffs standing 50-feet out of the ocean.

"Accurate geolocation was important data as we merge the data from the drones," says Farr.

With Pix4D's post-processing software, map files can be used to collaborate, predict and study the continuing erosion beneath the lighthouse more accurately, using common geo visualization programs like ArcGIS, AutoCAD.

With the mapping mission programed the team needed only one more thing: a calm, sunny day. And if you’ve spent time on the Mendocino County coast you know, this is rare.

The Mendocino Coast is often a treacherous environment

Earth Mappers first attempted the data collection portion of the project in May. But mother nature stepped in and showed what can happen to a drone in this test flight in 20+mph winds.

Determined, the team rescheduled the data gathering drone flights to late October - when the coastal weather is traditionally calmer and sunnier. 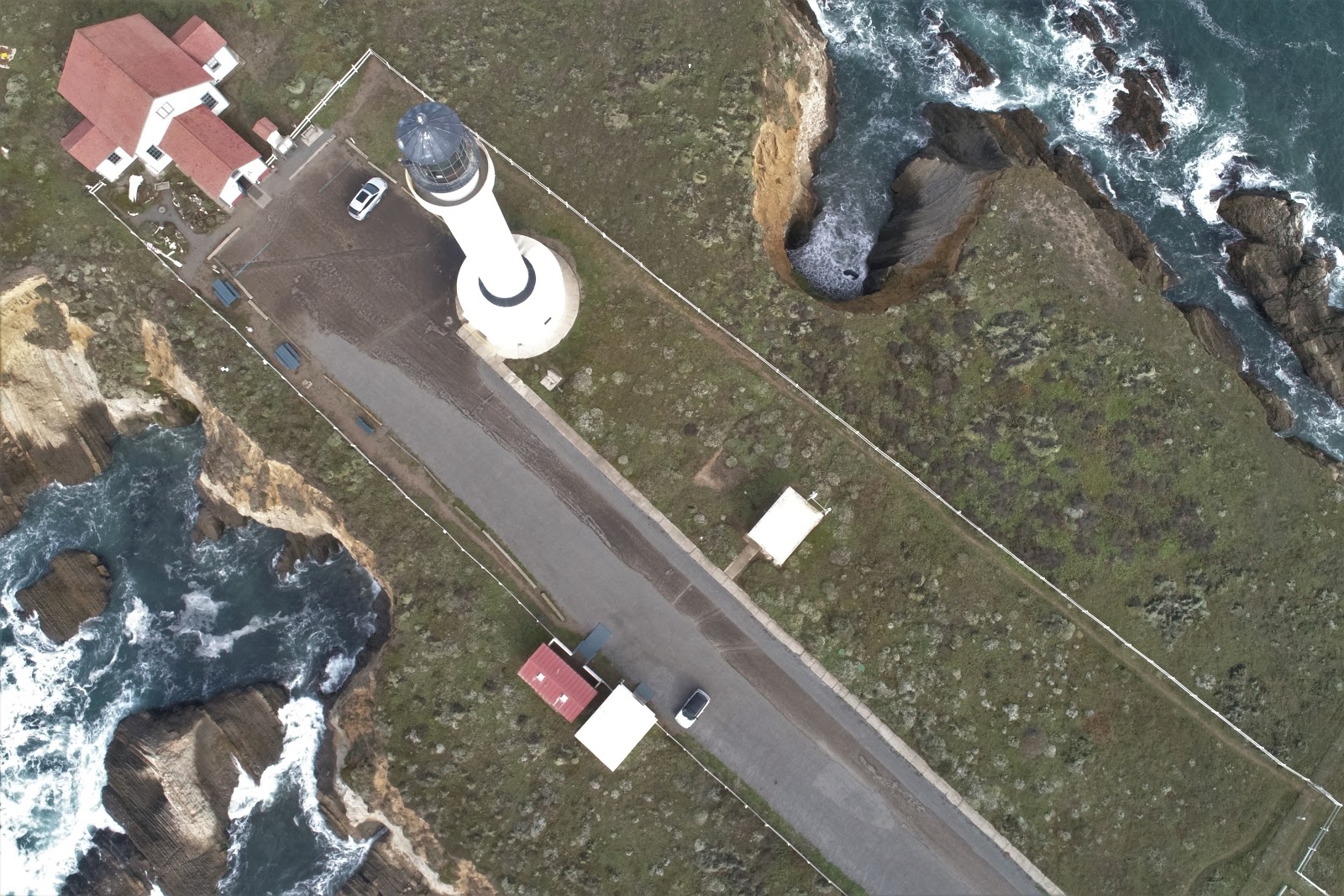 Weeks before the October date a project plan was distributed to the lighthouse board of directors and final permission to fly the drones was approved. A final approval was needed from the Coast Guard as the peninsula is a refueling station for rescue helicopters. And thanks to the Board’s President, Glenn Funk the Coast Guard granted a four hour, one-day-only, flight window.

The morning started early. It couldn’t have been a nicer day. The sun broke out, the ocean waves calmed, blue sky and best of all, no wind. It was go time. 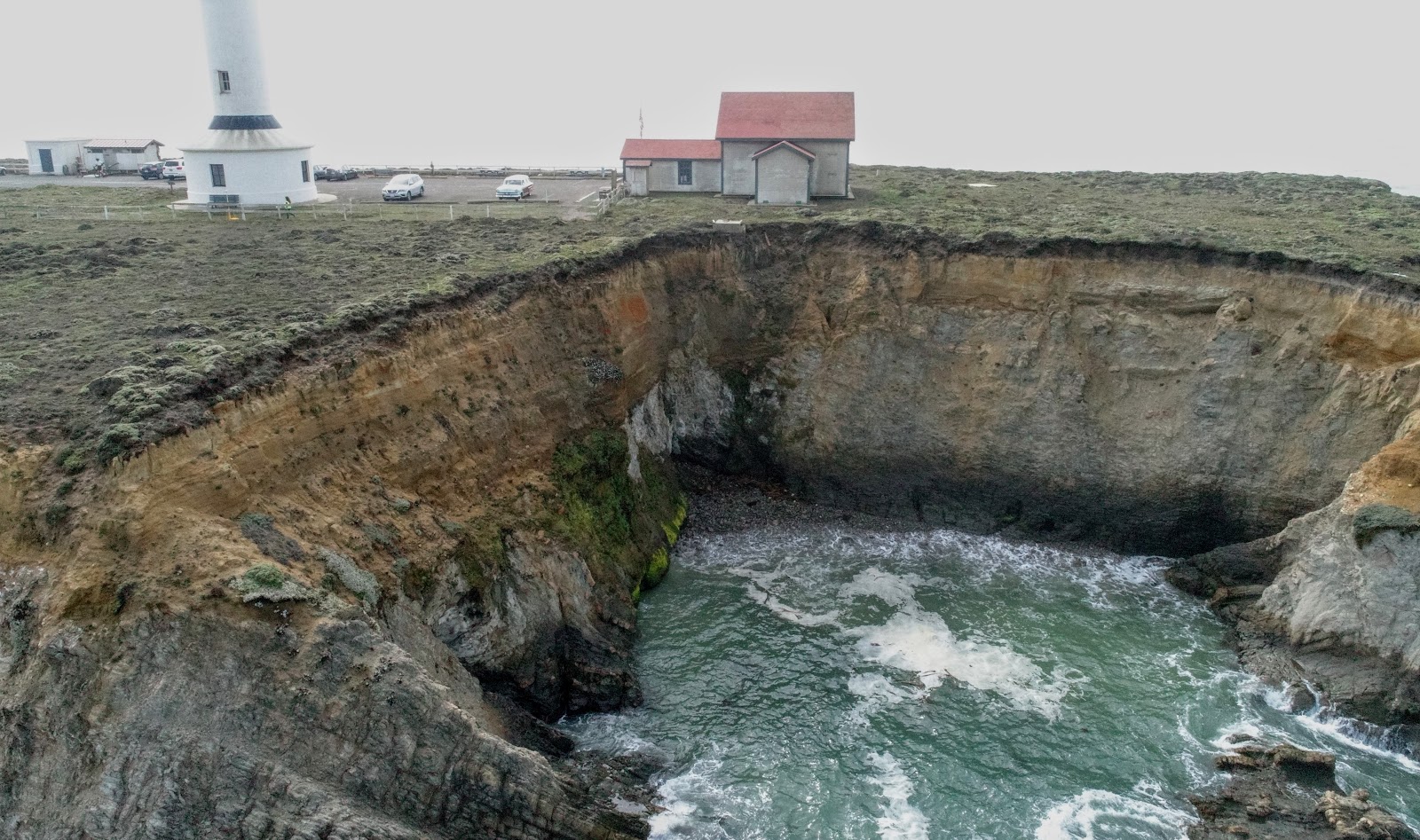 FAA certified drone pilots and visual observers were in place. The drone Pilot in Command carried a marine radio in case a Coast Guard pilot needed to land.

The drones went to work. 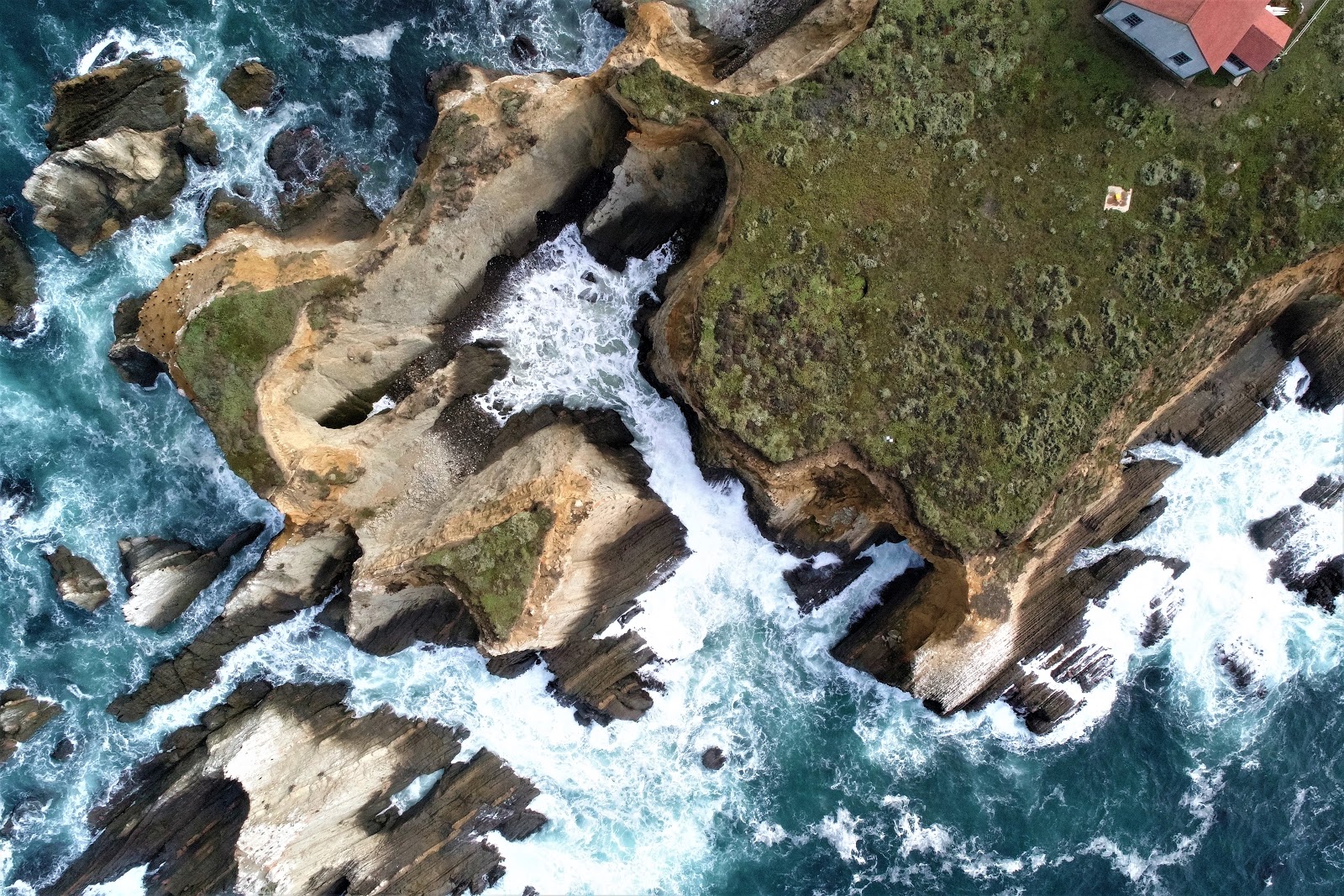 "The higher altitude flights were picture perfect. But we had to make a change for the cliff faces, Farr explained. "The autonomous flights weren't looking into all the crevasses like we hoped. So we shifted to manual flights taking photos every two seconds. More data the better," Farr explained. 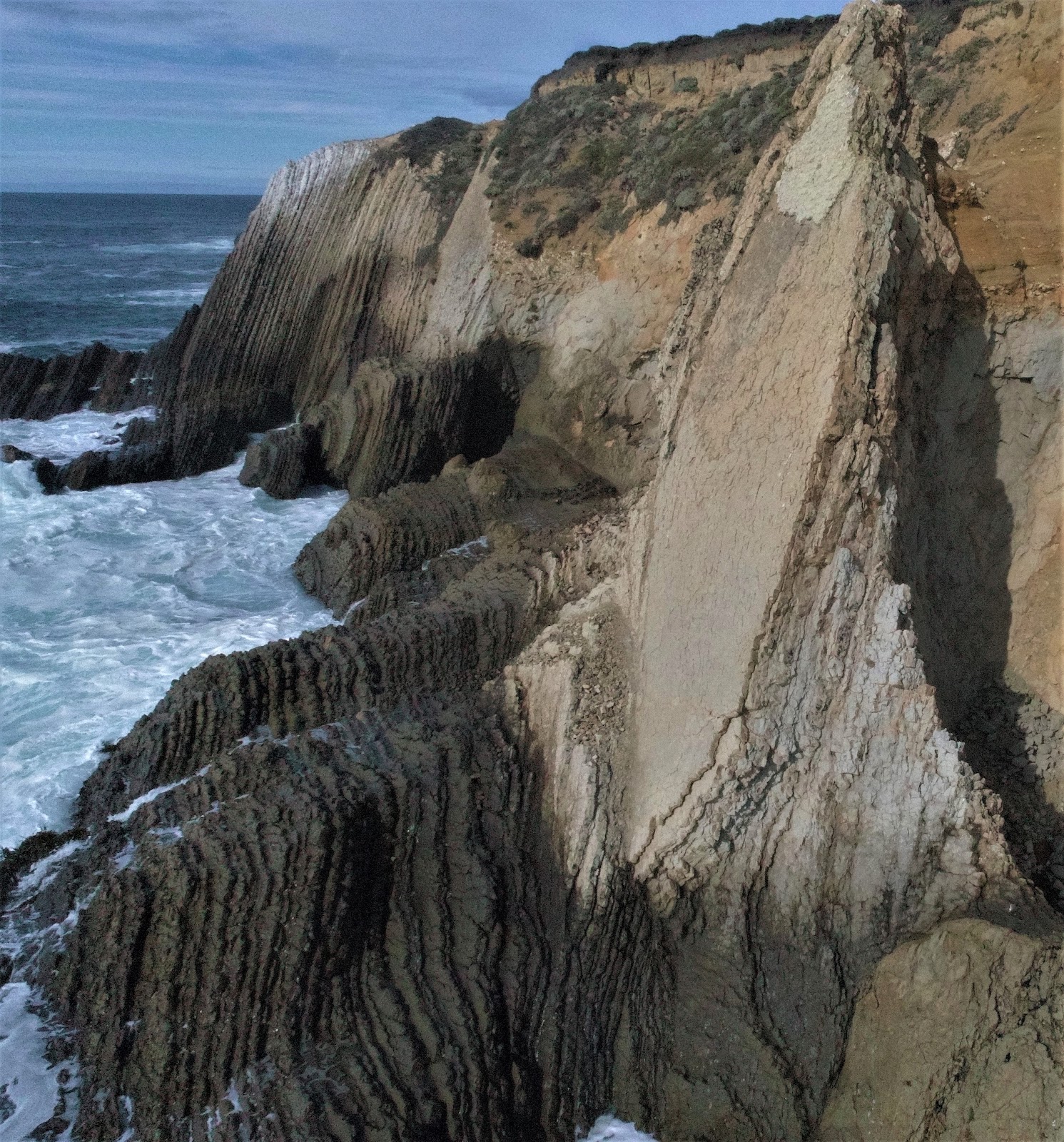 “We were able to map the entire peninsula in under three hours,” Farr explained. From sea level to 395’ above ground level. The drones performed amazingly. The weather was perfect. Pix4D will have strong data to work with.” 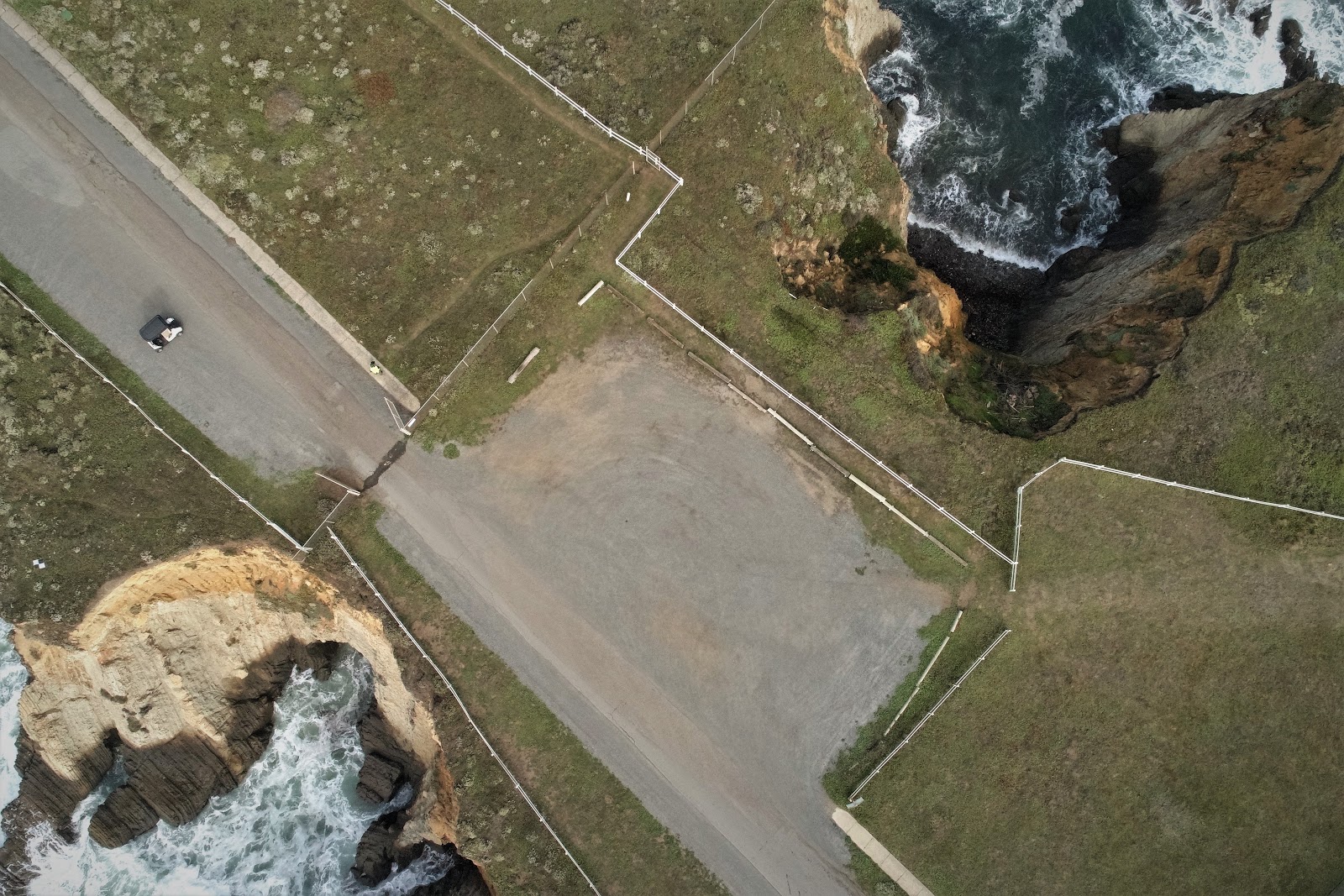 The drones collected 102Gb of high resolution photography and 4K video. That amount of data is similar to uploading 50,000 photos to Facebook.

The next day the data and locational information were sent to Pix4D’s office three and half hours away in San Francisco to Aaron Woods. Aaron is a North American technical training specialist. Aaron also volunteered his personal time and began post-processing the drone data using Pix4D’s mapping software.

“This is the first time a mapping project of this type has been done before," comments Woods. My goal was to process Earth Mappers data and give the lighthouse committee good information to look at,” said Woods.

Using drones to map large parcels of ground is here. They produce commercial grade quality maps. It's accurate, fast, affordable. Compare this method of data gathering to a boat on the water trying to get photos inside small sea caves.

"It’s a dangerous proposition. Keep the humans safe on ground and let the drones do the work," Farr concluded.

"We hope this will be something we we all can learn from. We have good tools to provide us better information regarding soil erosion and sea caving. The drones make the job much safer and more accurate." Farr concluded

The Point Arena Lighthouse Board of Directors:

To donate to the lighthouse click here: membership and donation. Donations are tax deductible.

To contact Earth Mappers as mapping consultants for your project

We understand the training and certification required by the FAA to operate drones commercially.

Entry Into US Construction Markets